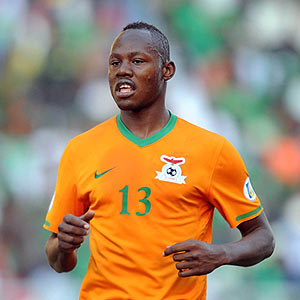 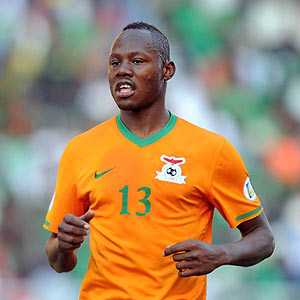 CHIPOLOPOLO defender Stopilla Sunzu says he is excited to join French Ligue 1 outfit FC Sochaux.
Sunzu and midfielder Nathan Sinkala left for France yesterday to join up with former Zambia national soccer team coach Herve Renard.
The duo completed their move from Democratic Republic of Congo giants TP Mazembe on December 31.
Sunzu said in an interview in Lusaka yesterday that he is also looking for a successful stint at struggling French Ligue 1 outfit perched second from the bottom of the log.
“It feels really good. I’m really looking forward to the challenge and meeting my new team mates the coach and the fans. I’m really excited to join Sochaux and I’ m looking forward to helping the club survive relegation.
“Sochaux is a good club it’s unfortunate that they are struggling. I am confident the coach (Renard) will turn around the team’s fortunes I am sure of that because he is a good coach. He has done it before with Zambia,” Sunzu said.
Sunzu has signed a three year contract while Sinkala is on a six month loan deal with an option of a permanent move.
Sochaux have also signed Olympic Marseille Ghana international Jordan Ayew on loan to bolster the team’s chances of surviving relegation.
The Chipolopolo duo joins fellow Zambian international Emmanuel Mayuka, who is on loan from English premiership side Southampton.
Sunzu, who joined TP Mazembe in 2010 also, had a stint at Ligue 2 side Berrichone Chateauroux.