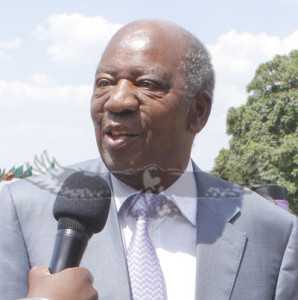 CHIEF Government spokesperson Mwansa Kapeya has refuted media reports suggesting that Minister of Finance Alexander Chikwanda has resigned from Government.
Mr Kapeya, who is also Minister of Information and Broadcasting Services, said in a statement issued in Lusaka yesterday that Mr Chikwanda is still Minister of Finance and attended a Cabinet meeting at State House yesterday.
He said Mr Chikwanda is still Minister of Finance and will continue to offer his valuable services to the nation as long as President Sata wishes him to do so.
“It is wishful thinking for enemies of the ruling Patriotic Front government to suggest that Mr Chikwanda has resigned from his ministerial position following alleged differences with His Excellency President Michael Sata.
“This information which has been circulating online should be treated as false, baseless and malicious. I also wish to state that contrary to the ill-motives of the perpetrators of such falsehoods, no Bemba minister has resigned from Government,” Mr Kapeya said.
He said Government has a mandate to deliver the much-needed development to the people of Zambia and will not allow anyone to distract it from achieving this task by spreading falsehoods about Government officials.
“Cabinet remains resolute and determined to offer this country the necessary leadership that will deliver the country’s national development agenda to higher levels,” Mr Kapeya said.
And the Judiciary has dismissed media reports suggesting that Deputy Chief Justice Florence Mumba yesterday resigned from her position because of alleged misconduct in the institution.
Judiciary public relations officer Terry Musonda said in Lusaka yesterday that Justice Mumba has just reached her retirement age.
The media reports indicated that Ms Mumba has not been happy with the current happenings in the Judiciary, especially at the Supreme Court.
But Mr Musonda said Ms Mumba has just retired and decided not to renew her contract as Deputy Chief Justice.