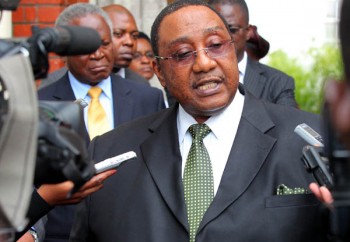 Center for Policy Dialogue (CPD) Executive Director Neo Simutanyi has advised that it is undemocratic for Patriotic Front (PF) members to call for expulsion of Kasama central Member of Parliament Geoffrey Mwamba who recently resigned from the position of Defense Minister.

Dr. Simutanyi says PF members calling for expulsion of Mr Mwamba are actually undermining the country’s democratic tenets as everyone in the country has the right to express themselves in any manner if aggrieved, as Mr. Mwamba has done by resigning from government.

Dr. Simutanyi states that resigning from government when one is an MP does not mean that such an individual has nothing to do with the party on which ticket he became a member of parliament.

He says Mr. Mwamba has the right to resign and at same time remain a member of the PF.

And Dr. Simutanyi has observed that there is nothing that has amounted to breach of Oath of Secrecy under which Mr. Mwamba swore to pledge allegiance to the Head of State and defend the country’s constitution from the statements he has made so far following his resignation.

He has further observed that Mr. Mwamba’s resignation from the Ministerial position should also be considered as a good sign that some people in the country are actually able to resign on moral principles.

Dr Simutanyi spoke to Qfm News in an interview.