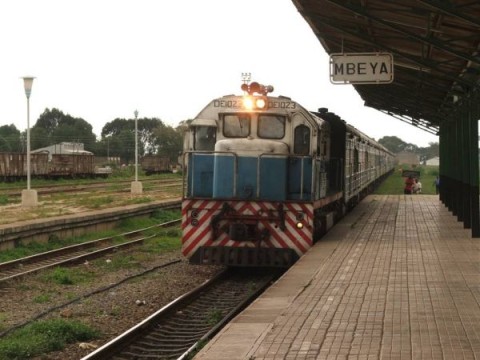 Tweet
TANZANIA-Zambia Railway Authority (TAZARA) has sealed a contract with the Chinese Civil Engineering and Construction Company (CCECC), for the manufacture and supply of four new mainline locomotive engines worth US$12.45 million.

CCECC will also manufacture and supply accompanying consumables and spare parts for the locomotives.

The 3000-Horsepower Diesel Electric SDD20 locomotives are expected to be delivered by December 2014, making it the second batch to be manufactured for TAZARA.

Speaking at the signing ceremony, Mr Phiri said having reviewed and agreed on the specifications of the locomotives with CCECC, Tazara was extremely delighted to sign the contract because the locomotives were needed as soon as possible.

Acquisition of the four additional locomotives was a key factor and an integral part of the recently approved Five-year Strategic Plan which envisaged the enhancement of the Authority’s hauling capacity in an effort to escalate the volume
of cargo and revenue in the second year of the plan in 2014.

“The sooner we get these locomotives and start delivering on our 2014/2015 targets, the better,” Mr Phiri said.

He emphasised that the idea was to improve both the availability and reliability of the equipment.

TAZARA now has a fleet of about 16 mainline locomotives at its disposal, six of the SDD20 were acquired recently while the remaining 10 were the old Diesel Electric U30C Locomotives aged over 25 years whose reliability has reduced drastically due to overuse and lack of maintenance.

The first batch of six SDD20 locomotives posed a few teething challenges when they were introduced onto the TAZARA line earlier this year, but had since been fine-tuned and were performing satisfactorily.

So far, the SDD20 has been commended as powerful and ideal for the TAZARA terrain after performing exceptionally well in the last three months.

Indications were that, TAZARA was heading for better times especially that the two shareholding governments had
given a go-ahead for private sector partnerships, which were expected to fill the investment gaps in the needy areas of operations.

The four mainline locomotives are part of the project with a value of about US$40 million to be undertaken under the
15th Protocol of Economic and Technical Cooperation signed by the three Governments of Tanzania, Zambia and China, Tanzania and Zambia in Lusaka in 2012, aimed at supporting and boosting Tazara’s operations.