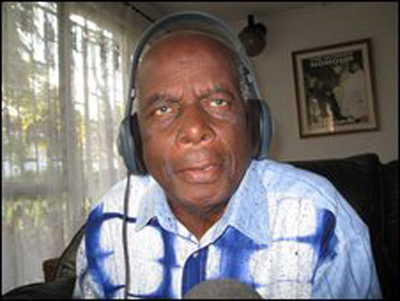 LUSAKA – Veteran soccer commentator Dennis Liwewe is recuperating at Levy Mwanawasa General Hospital in Lusaka.
Liwewe returned from Johannesburg on Friday where he had gone for treatment.
Liwewe told National Sports Council of Zambia (NSCZ) chairperson Mwamba Kalenga, who visited him yesterday, that he has made tremendous improvement.
He said he is much better than he was when he was flown to South Africa two weeks ago.
And Kalenga said Liwewe has done a lot for Zambian sport, especially football.