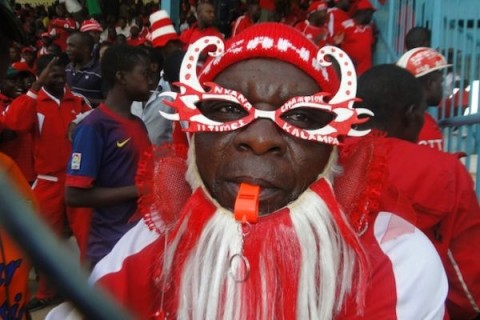 NKANA coach Masautso Mwale says his team is not under pressure ahead of this Saturday’s must-win Super Division Week 30 match against Red Arrows at Nkana Stadium in Kitwe.
And Zesco United coach Tenant Chembo says Nchanga Rangers’ dominance over the Ndola side will come to an end on Saturday when the teams clash in Chingola.
Nkana, who needed to beat Power Dynamos on Saturday to clinch the 12th Super Division title, were held to a 1-1 draw, need to go past Arrows to finish top.
Mwale said in an interview in Kitwe on Saturday that they will face Arrows with a winning mentality.
He said the 11-time Super Division champions will not allow themselves to be under pressure following Zesco’s 3-2 victory over defending champions Zanaco.
Nkana have 56 points, two better than Zesco.
“We will not allow ourselves to be under pressure because of Zesco United’s victory over Zanaco. As a strong believer in God, I believe that God’s time is the best. We are going for a win in our last match against Red Arrows,” Mwale said.
He said the technical bench will work on the lapses that have cost the team victory in recent matches.
Mwale said Nkana would have beaten Power but the strikers were not
accurate.
Meanwhile, Chembo said his charges cannot afford to lose for the third time to Rangers.
Rangers beat Zesco 2-1 in a Week 15 match in Ndola and triumphed 1-0 in the Barclays Cup semi-finals in Kitwe.
“We do not want to lose three times in a row to Rangers. We want to put that to a stop. Take nothing away from Rangers, they are a good team but my players know the importance of winning on Saturday,” Chembo says.
He said if his players display the same performance they showed in the 7-1 bashing of demoted Lime Hotspurs and the 3-2 win over Zanaco, then victory will be guaranteed.
Chembo said in the last two games against Rangers, his players created several scoring opportunities but were blunt at goal while Rangers shock the net from a few chances they created.
He also expressed disappointment with his defenders who have conceded penalties in the last three matches.
Chembo said there is need for his players to concentrate throughout the match.
Nyambe Mulenga conceded two penalties against Lime Hotspurs and Nkana while Daudi Musekwa was a culprit against Zanaco.
“Any loss of concentration could cost you victory. As a defender you should not allow a striker to be ahead of you, as this puts a defender under pressure,” Chembo said.