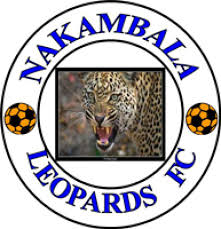 NAKAMBALA Leopards are a game away from confirming their promotion back to the MTN-FAZ Premier Division League after thrashing Livingstone Pirates in a Week 33 fixture to move up to 66 points, one behind already promoted Green Eagles.
A draw or defeat for third-placed Lusaka City Council (LCC) on 57 points against relegated Kalomo Jetters will see Nakambala return to the elite league, but will still have to battle it out with Eagles, who guest City of Lusaka today, for the top slot.
Friday Konga gave the home side the lead in the eighth minute after finishing off a rebound following Pirates’ keeper Kapambwe Chitambala’s spilled Abraham Masiye powerful shot.
Nakambala could have doubled their advantage 10 minutes later, but Wilmore Hatembo’s attempt went wide at goal.
Joe Zulu could have levelled matters for Jetters in the 41st minute but only managed a weak shot that gave keeper Moses Mapulanga no problems keeping it out.
Nakambala coach Wilson Mwale introduced Danny Masumba for Konga in the second half and the move paid dividends in the 56 minute as he headed in a Moses Siyanda cross to double his side’s advantage before he registered his brace with a spectacular bicycle kick three minutes later to send fans into wild celebrations.
City v Eagles
Fifth-placed City host Eagles in a match that the home side has really nothing to play for apart from a respectable finish, while their visitors have all to play for, especially with the championship title in sight.
A win for Eagles will see the Choma side open up a three-point lead which will also see them win the title.
Kansanshi 1 Wanderers 0
In the northern region, Justin Mubanga scored a 15th minute goal to give Kansanshi Dynamos a vital win over ‘Mighty’ Mufulira Wanderers to derail Indeni’s promotion, reports MOSES CHIMFWEMBE.
Kansanshi moves to 60 points but two behind Indeni who take on Kitwe United today, but the Slowezi side has now played two more games than the Ndola side who can seal promotion with a win today.
Kitwe are fourth with 53 points and their promotion chase ended way back but would want to wrap up their home fixture with a win and delay Indeni’s promotion. Indeni have a game in hand with FQM Mining.