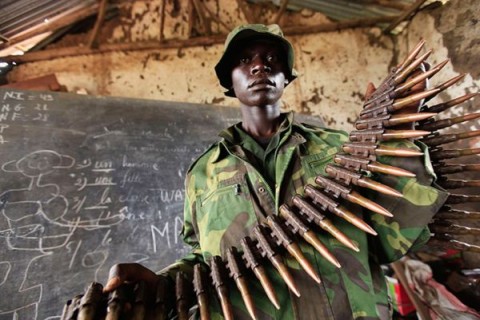 The Democratic Republic of Congo’s M23 rebel group declared an end to its 20-month rebellion on Tuesday and said it was ready to disarm its troops and pursue a political solution to end the crisis in the east of the country.

The declaration was issued hours after government forces drove the rebels out of their last two redoubts before dawn, following a rapid advance in recent weeks that cornered the insurgents in hills along the border with Uganda and Rwanda.

The United States said the declaration was a “significant positive step” for eastern Congo, a region beset during the last 15 years by conflict fuelled by competition for its gold, copper and cobalt as well as cross-border ethnic tensions.

Even so, the real test will be whether the rebels and government both cease their military activities and sit at the negotiating table to thrash out a political deal. With the M23 defeated, attention will turn to some 20 other armed groups operating in Congo’s lawless east.

“The chief of general staff and the commanders of all major units are requested to prepare troops for disarmament, demobilization and reintegration on terms to be agreed with the government of Congo,” M23 leader Bertrand Bisimwa said in a statement.

African leaders had earlier on Tuesday urged the group to renounce their rebellion to allow the signing of a peace agreement with President Joseph Kabila’s government.

In the distant capital, Kinshasa, hundreds of women marched to parliament chanting songs praising Kabila and the army.

“In a region that has suffered so much, this is obviously a significant positive step in the right direction,” Russell Feingold, U.S. special envoy to the Congo and the Great Lakes region, told reporters at a briefing in Pretoria.

Feingold said the issues of an amnesty and reintegration of rebels into Congo’s army were key to ensuring a deal did not unravel in the same way that a previous accord signed in 2009 with Tutsi-led CNDP rebels in eastern Congo fell apart.

Those suspected of serious rights violations should be pursued and should not be covered by any amnesty, he added.

Feingold also said he was confident neighboring Rwanda, which has repeatedly rejected allegations by U.N. experts that it backed the M23, supported ending the insurgency.

“I have not heard any statement from the Rwandan government that is contrary to the renouncing of the rebellion,” he said.

With M23 neutralized, the Rwandan Hutu FDLR rebels will be the priority for Congo’s army and U.N. troops. The FDLR includes some Hutus who fled Rwanda after the 1994genocide of 800,000 Tutsi and moderate Hutus and has long been used by Kigali as a pretext for intervening in Congo.

A plethora of smaller local rebel groups, ranging from the oil- and gold-rich Ituri district in the northeast to the copper producing Katanga province in the southeast, also undermine Kinshasa grip on its eastern border zones.

The rebels had deserted their positions, setting fire to the munitions depots and military trucks before fleeing into forests, a senior Congolese army commander told Reuters.

“Militarily this is finished,” Mende said, adding that the Kinshasa government was ready to pursue peace talks.

Shortly before M23’s declaration, a regional summit in South Africa had said an agreement in eastern Congo could be signed if the rebels renounced their insurgency. The government would then make a declaration of acceptance, a summit statement said.

“Five days after this is done, then a formal signing of the agreement would be done,” said the statement, signed by Malawian President Joyce Banda and Ugandan President Yoweri Museveni on behalf of southern African and Great Lakes region leaders.