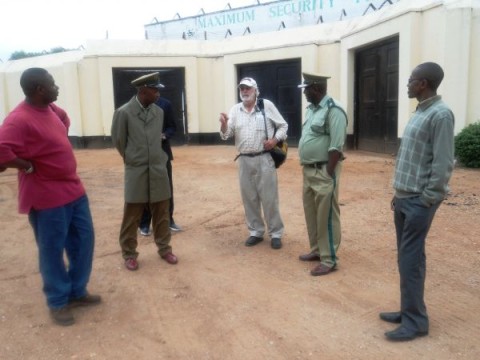 An inmate at Mukobeko Maximum Security Prison in Kabwe was on Monday battered by angry residents for allegedly attempting to defile a four-year-old girl.
Central Province police commissioner Standwell Lungu and Zambia Prisons Service public relations officer Doreen Ngoma confirmed the incident in separate interviews in Kabwe yesterday.
Mr Lungu said the prisoner, Lyson Mvifunda, allegedly attempted to defile the minor at a school in Kamushanga as she was answering the call of nature around 13:00 hours, but some people saw him and started beating him.
He is admitted to Kabwe General Hospital, where he is nursing wounds sustained in the beating.
Mr Lungu said Mvifunda, who was among some prisoners from Mukobeko Maximum Security Prison hired to do some work at the school, was only rescued by police from further beating.
He said police are waiting for the inmate to recover for them to get a statement from him.
And Ms Ngoma also confirmed that Mvifunda was beaten by angry residents.
“Yes, I can confirm but I am still waiting for a report,” she said.