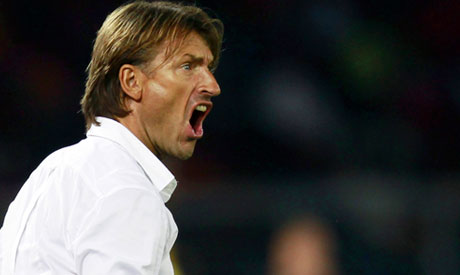 Monaco coach Claudio Ranieri may rest players for his side’s trip to Sochaux on Saturday but said he is wary of the Ligue 1 strugglers.

Former Zambia coach Herve Renard was appointed coach of Sochaux on October 7, taking over from Eric Hely after their dreadful start to the season.

That coaching change at a side sitting second bottom in the league has Ranieri worried about taking on a fired-up team out to impress their new boss.

“When a coach is replaced at a club, the motivation of the players goes up to impress the new coach,” Ranieri said.

“I talked to my players and I hope their concentration will be higher because of this change at Sochaux.”

It could also mean Ranieri avoids resting players after the international break as he had planned to do.

“Perhaps I will rest some players. I am wary of doing that because we will face a team who has just changed its manager,” the Italian said.

“They are in a bad position in the league. It’s important to be cautious and do things right but I may rest.”

Ranieri played down rumours of his club looking to buy Barcelona goalkeeper Victor Valdes, claiming he knew nothing about a potential move.

He said the reports surrounding star striker Radamel Falcao were no surprise, with the Colombian heavily linked to Real Madrid.

“It’s normal that there are rumours surrounding the future of Radamel Falcao,” Ranieri said.

“It started way back in June and it will last until the end of the season in 2014. It’s normal we have this.”