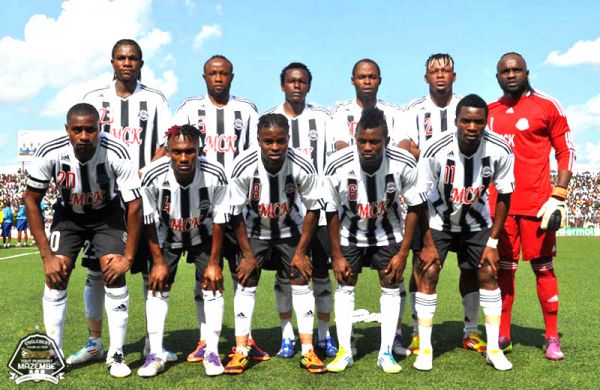 FIFA has warned DR Congo side, TP Mazembe, of serious consequences if the club does not release three Zambia stars 48 hours before the international friendly match against Brazil on October 15 in Beijing, China.

The Football Association of Zambia (FAZ), frustrated by Mazembe’s alleged unwillingness to release midfielders Rainford Kalaba and Nathan Sinkala, and defender Stoppila Sunzu, wrote to FIFA seeking its intervention in a matter where the club is alleging that the players are unwell.

digestive problems upon the club’s return from continental duties in Mali, while Sunzu allegedly sustained a knee injury from the same match against Stade Malien which the DR Congo side won 2-1.

But FAZ spokesperson, Erick Mwanza, who confirmed receipt of FIFA correspondence yesterday sent to Mazembe, described the club’s claims as false and regrettable, hence the reason for involving FIFA in the matter.

According to FIFA regulations, the period of preparation before friendly matches staged on a date reserved for qualifying matches for an international tournament is 48 hours.

Mwanza said consequently, Mazembe were bound to release the players in question for national team duties.

Mwanza said it was regrettable for a club of Mazembe’s standing in African football to propagate falsehood especially that the players in question were well and willing to represent their country.

He said FAZ was in constant touch with the players and was also aware of the alleged machinations by Mazembe officials, who include a Zambian, aimed at frustrating the players.

“The Football Association of Zambia notes with regret claims by the DRC club TP Mazembe alleging that Chipolopolo players Rainford Kalaba, Nathan Sinkala and Stoppila Sunzu are down with malaria and digestive problems and can therefore not be able to make the trip to China for next week’s international match against Brazil.

“It is not only false, but deeply regrettable for a club of Mazembe’s standing to propagate such unfounded claims especially when the players in question are well and willing to represent their country,” he said.

Mwanza said FAZ was also aware that some Mazembe officials were allegedly deliberately holding on to the players’ passports and refusing to release them for national duty in accordance with FIFA rules and regulations.

“Despite these false claims, we are going ahead to have Kalaba, Sunzu, Sinkala and Hichani Himoonde report for duty and if they are in any way unable to play, our own medical staff will have to determine that.

“Further, while we have undertaken specific processes to have the players fly to Lusaka and onwards to Beijing, we have sought the intervention of FIFA in this regard,” he said.

And Mwanza said the Zambian team that faces Brazil, the five-time world champions and hosts of next year’s global showpiece, at the Birds’ Nest Stadium, is expected to regroup in Beijing tonight.

He said the foreign-based players were expected to fly straight to China while interim coach, Patrice Beaumelle and his technical bench, together with the local players, were expected to leave Lusaka last night aboard an Emirates flight.