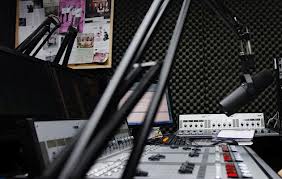 INDEPENDENT Broadcasting Authority (IBA) chairman Emmanuel Mwamba has pulled breaks on radio licence permits to applicants wishing to broadcast Islamic religious programmes in Zambia.
Mr Mwamba said no further permits shall be considered until the IBA has completed a comprehensive consultation with the church, Government, the Islamic society and other interest groups.
Mr Mwamba did not say exactly what the nature of the consultation with stakeholders would involve but he indicated that guide lines would be top on the agenda.
And Mr Mwamba, who is also Ministry of Information and Broadcasting Service Permanent Secretary, has suspended the issuance of radio licences for Lusaka until after the digital migration exercise.
This follows advice by the Zambia Information, Communications and Technology Authority that the radio frequencies for Lusaka are full. Lusaka has 21 radio stations.
This is according to a statement issued in Lusaka yesterday by IBA director general Josephine Mapoma.
“With the operalitionalisation of the IBA, we shall begin processing applications by way of making announcements where these frequencies will be available, and then allowing the applicants to bid for them as provided for under Section 26 of the IBA Act,” Mr Mwamba said.
Meanwhile, Mr Mwamba has announced the issuance of seven new licences for radio stations in various parts of the country.
The issued licences are for Walamu in Mpulungu (test transmission), QFM (national coverage), Power FM (repeater frequency for Kabwe), Chinvwano in Mfuwe (construction permit), Chimwemwe in Ndola (construction permit), United Voice in Lusaka (construction permit) and Rise Radio in Chingola (construction).
And Mr Mwamba has urged Ms Mapoma to ensure that a strategic plan for the IBA is done.
Mr Mwamba has also urged the IBA to heighten supervision and monitoring activities to ensure that radio stations operate in an ethical and professional manner.
He has directed that media institutions in the country should adopt a code of ethics as approved by the Zambia Media Council.
Mr Mwamba has also regretted that before the matter of cross-ownership of media could be resolved decisively through policy or legislation, the IBA had previously proceeded to issue licences to individuals or entities allowing for cross-ownership of the media.
He said the IBA Act Section 5(2b) (ii) prohibits monopoly of the industry by any entity and is also against the Competition and Fair Trading Act.
Mr Mwamba said the IBA had issued licences to entities without regard to the laid down provisions and that the stations that appear to be affected so far are Radio Petauke Explorer and Chipata Television, Joy FM Radio and Prime TV as well as Muvi TV and Komboni Radio.
Mr Mwamba has also put on hold the consideration for the application for QTV until the legal advice he has sought from the Attorney General and the Zambia Competition Commission is given.