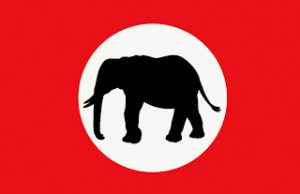 The Barotse, or Lozi, people formed an independent monarchy well into the period of British colonialism and dealt with Cecil Rhodes’s British South Africa Company as a sovereign entity until their absorption into British North-Western Rhodesia in 1900.  When North-Western and North-Eastern Rhodesia merged to become the independent Republic of Zambia, Lozis feared the loss of their special status under colonialism and negotiated the 1964 “Barotseland Agreement” with Zambia’s first president, Kenneth Kaunda, which promised them greatly enhanced autonomy.  But successive Zambian presidents have ignored the agreement and have even chipped away at Barotse rights and neglected the infrastructure of what was at first called Barotseland province and then, in a further insult, renamed simply Western Province.  In the past year, the Barotse Royal Establishment, whose king and prime minister are only ceremonial but command wide loyalty among the people, held a plebiscite of Lozi communities which came out overwhelmingly in favor of independence.  Since then, rhetoric from Barotseland and from the Zambian central government in Lusaka has become increasingly bellicose and at various points seemed at risk of tipping into open conflict.

Unlike other tribal separatist movements in Africa, the Lozi have a functioning government, headed by a charismatic king, Libosi Imwiko II, who has a strong a public mandate.  The Lozi are also well armed and make common cause with Lozi separatists just over the border in the Republic of Namibia’s smaller Caprivi Strip territory, which means any conflict there could become quickly internationalized.  Boundaries are also messy: some Lozi live in neighboring Zambian provinces, and some minority ethnic groups in Barotseland prefer to stay Zambian.  The international media have utterly ignored the lurch towards civil war in Zambian Barotseland.  My guess is that in 2013 they will no longer be able to.