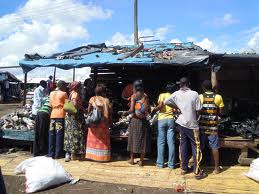 THE Emerald and Semi-Precious Stones Mining Association of Zambia (ESMAZ) says it will relocate 2,000 squatters who have settled illegally on Grizzly Mining Limited land in Lufwanyama.
Association general secretary Victor Kalesha said in an interview in Lufwanyama yesterday that the illegal settlers are allegedly involved in prostitution and other illegal activities.
“We are working with the chiefs to find land to relocate about 2,000 people who operate brothels at a place known as Pilala,” Mr Kalesha said.
He also said the settlers are not supposed to occupy the restricted mining area for safety reasons because there is a lot of blasting taking place and houses can easily collapse.
He also said some settlers are harbouring criminals and suspected illegal immigrants.
Mr Kalesha said ESMAZ will not allow the settlers to continue living in a restricted mining area.
“These people have become a danger to society because they are harbouring criminals. Their argument that they cannot relocate to town because there are no jobs cannot be entertained because the place they are occupying is a restricted mining area meant for mining activities,” Mr Kalesha said.
He expressed disappointment at the settlers’ occupation of land Grizzly Mining Limited intends to use as a dumpsite.
“It is our duty as an association to relocate illegal settlers because they are derailing the development of the emerald sector,” Mr Kalesha said.