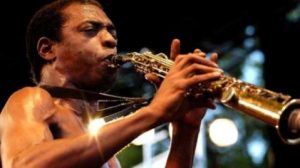 Legendary Nigerian Afro-beat King Femi Kuti, joined by his full band, will take to the stage on Saturday March 9 when the first-ever Africa Magic Viewers’ Choice Awards is screened LIVE to over 50 countries on the African continent, on DStv and Gotv.

Destined to be a glam night when the stars of Africa come out to shine, the festivities begin at 19:00hrs to be hosted by massively television personality Denrele Edun, alongside Africa Magic hosts Helen Paul and Uti Nwachukwu (Jara), Dolapo Oni and Eku Edewor (53 Extra), Lawrence Maleka (StarGist) plus Nic Wang’ondu and Sarah Hassan (Mashariki Mix).

The glittering two-hour and 30-minute gala is being held in association with Multi Choice and is headline sponsored by Amstel Malta, joining Femi Kuti on the music line-up is gorgeous vocalist Tiwa Savage along with award-winning Kenyan Afro-pop outfit Sauti Sol.

“The Africa Magic team has been focused and working hard to make it an unforgettable, inspiring celebration of African film success and TV talent. It’s our way of showing just how much we value what our artists, both in front of and behind the scenes, contribute to our lives and the lives of our audiences,¨ he said.