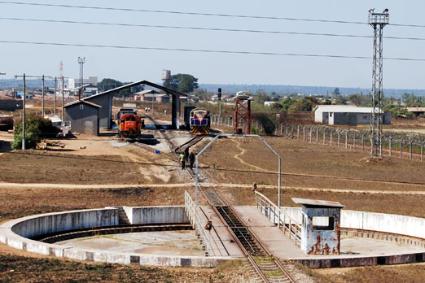 The country, which had more than $6 billion of loans canceled by creditors including the World Bank by 2006, raised $750 million with its first international sale in September. As much as $4.5 billion of international bonds are now planned by companies from the nation’s power utility to its railway operator and road builder, while municipalities are seeking to follow a maiden debt sale by the capital, Lusaka.

Debt may jump to more than 35 percent of gross domestic product if all sales go ahead, Richard Odumodu, head of fixed income at London-based Silk Invest Ltd., said by phone Jan. 30. Zambia’s borrowings rose to 27 percent of the country’s $19.2 billion economy at the end of 2011, according to data compiled by Bloomberg. The government is financing road, rail and power projects to pull the nation, ranked 164th of 187 countries on the United Nation’s Human Development Index, from poverty.

“There is a lot of liquidity in international markets and a lot of that is looking for a home in high-yield instruments,” Yvette Babb, an emerging-market strategist at Johannesburg-based Standard Bank Group Ltd. (SBK),Africa’s largest lender, said by phone Jan. 16. “There are question marks as to how those organizations would be able to service that debt.”

Emerging-market bonds returned a record 14 percent in local currency terms last year, compared with 5.7 percent for the global fixed-income market, according to indexes compiled by JPMorgan Chase & Co. and Bank of America Corp.

The World Bank started canceling $37 billion in debt for up to 40 of the poorest countries in 2006, scrapping $2.7 billion owed by Zambia that helped bring its borrowings down to $500 million in July of that year from $7.2 billion a year earlier. The Zambian government is “aware and awake” to its debt obligations and “will not be carried away,” Deputy Finance Minister Miles Sampa said in a Jan. 9 interview.

“You start getting to a point that the debt forgiveness followed where it was running at around 88 percent of GDP,” Silk Invest’s Odumodu said.

The yield on Zambia’s Eurobond due September 2022 rose to 5.12 percent on Feb. 1 from a record low of 5 percent on Jan. 25. The 12-basis point increase compares with a 23 basis-point jump in rates on Nigeria’s $500 million dollar-denominated bonds due January 2021 to 4 percent. Average emerging-market yields have climbed 4 basis points since reaching a record low of 5.39 percent Jan. 23, according to JPMorgan indexes.

Exotix Ltd., a London-based frontier-market investment bank, cut Zambia’s sovereign debt from “buy” to “hold” on Jan. 22. Investors shouldn’t chase the rally in emerging-market bonds further, because it “has gone too far too soon,” Exotix said.

Zesco Ltd., the power utility, may seek $1 billion to $2 billion in local and international debt, including bonds, this year, while Zambia Railways Ltd. plans to sell $500 million of debt in the next six months. The Lusaka City Council wants to raise $500 million in bonds, with municipalities including Solwezi and Livingstone possibly following and Zambia’s Roads Development Agency is planning a $1.5 million issuance.

The flood of interest in Zambia is a bit risky given the size of the issues planned, Exotix Chief Economist Stuart Culverhouse said in an e-mail Feb. 1.

“Given they may be relatively unknown borrowers, the question will be what kind of cost of borrowing will the market demand, and will that be acceptable to the obliger,” he said.

The southern African nation’s debt is rated B+ by Standard & Poor’s, or four levels below investment grade, while Nigeria is ranked a level higher. The Zambian kwacha weakened 0.6 percent to 5.35 per dollar at 9:38 a.m. in Lusaka, extending losses this year to 3 percent.

Zambia’s economy will probably expand 8.1 percent this year, from an estimated 7.3 percent in 2012, and 7.6 percent in 2014, boosted by mining and agriculture, Ricardo da Camara, a fixed-income analyst at Paarl-based NKC Independent Economists, said in reply to e-mailed questions Jan. 22.

“Interest in frontier-debt markets remains very robust,” he said. “There might not be a better time to tap international markets.”

Nigeria, Angola and Ghana plan to sell as much as $3.75 billion in international bonds this year, the most from the continent ever, as governments try to benefit from demand that has driven borrowing costs to historic lows.

Zambia’s debut bond was in high demand because before the sale, the country had low debt levels, which is quickly changing, Razia Khan, head of African research at Standard Chartered Plc (STAN) in London, said by phone Jan. 10.

There is a “sense of positive exuberance,” Charles Mate, the managing director of Stockbrokers Zambia Ltd. said Jan. 18 by phone from Lusaka. “Now everybody wants to issue a bond.”

To contact the editor responsible for this story: Antony Sguazzin at [email protected]