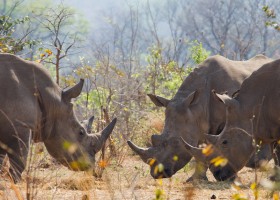 The workshop, which will take place from March 24 to 26, will be held in conjunction with the Ministry of Tourism and Arts.

Ms Carvao said the workshop is aimed at equipping some African journalists with technical skills in reporting tourism and the hospitality industry as a whole.
“The UNWTO will provide technical staff from its headquarters.It will be a two-day workshop basically to sharpen reporting skills in the tourism sector ahead of the general assembly in August this year,” she said.
And Minister of Tourism and Arts Sylvia Masebo said the workshop will attract 50 Zambian journalists while the other 50 are expected to come from all English-speaking countries in Africa.
“The idea is to assist journalists appreciate the role of the media in this sector.We don’t have specialised media in Zambia and perhaps other parts of Africa.
“In view of the 20th session of the UNWTO, we deemed it appropriate to engage the media,” Ms Masebo said.
Meanwhile, Ms Carvao said the tourism and hospitality industry plays a significant role in economic growth and diversification of a country.
She said such stories are never told to the public, adding that it is shameful for the media to ignore development stories in the tourism sector.
Ms Masebo also said the Patriotic Front government’s manifesto was crafted to foster and deliver on such objectives.
“Away from mining and agriculture, tourism potential has not been fully tapped in Zambia, so much resources and yet we lag so much behind,” she said.
International journalists will be accredited through the UNWTO headquarters while local journalists will be accredited through the Ministry of Tourism and Arts.
Zambia Union of Journalists general secretary Angela Chishimba has welcomed government’s initiative to hold such a workshop in collaboration with the UNWTO.
“It is a fantastic opportunity for Zambian journalists and therefore imperative for the media to consider specialisation in this sector,”  Ms Chishimba said via Facebook from Lusaka.