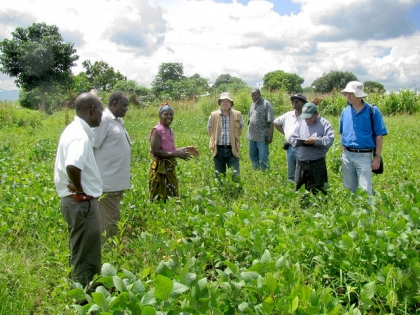 THE Zambia National Farmers’ Union (ZNFU) has urged farmers to change their mindset to embrace the new rebased Kwacha, as it is legal tender.

ZNFU media liaison officer Calvin Kaleyi said farmers should not refuse to transact using new notes and coins on suspicion that they might be duped by unscrupulous buyers.
Mr Kaleyi was reacting to some report that some farmers are refusing to use the new currency from people wanting to buy their produce and livestock.
He said this in an interview in Lusaka on Friday.
“Whenever there is change, some people will embrace it while others will lag behind.
“We are using our region offices to sensitise the farmers on what Government is intending to do (rebasing). it may take some time but we will get there,” he said.
He said ZNFU will continue with the sensitisation programme on the need for farmers to embrace the change and promote development.
Meanwhile, Private Sector Development Association (PSDA) chairperson Yusuf Dodia has alleged that the Bank of Zambia (BoZ) did not adequately sensitise the public especially in the rural areas.
Mr Dodia urged BoZ to continue with the awareness campaigns to give more information to the farmers on the new notes.
He said more sensitisation will enhance confidence in the farmers when using the new notes as they trade.
“The people in the rural areas are not seeing any evidence of the rebased Kwacha, we need to engage them in trade and commerce so that they get used to the money,” he said.